Do you really want to log-out?
Anything you've not saved will be lost

Do you really want to log-out?
Anything you've not saved will be lost 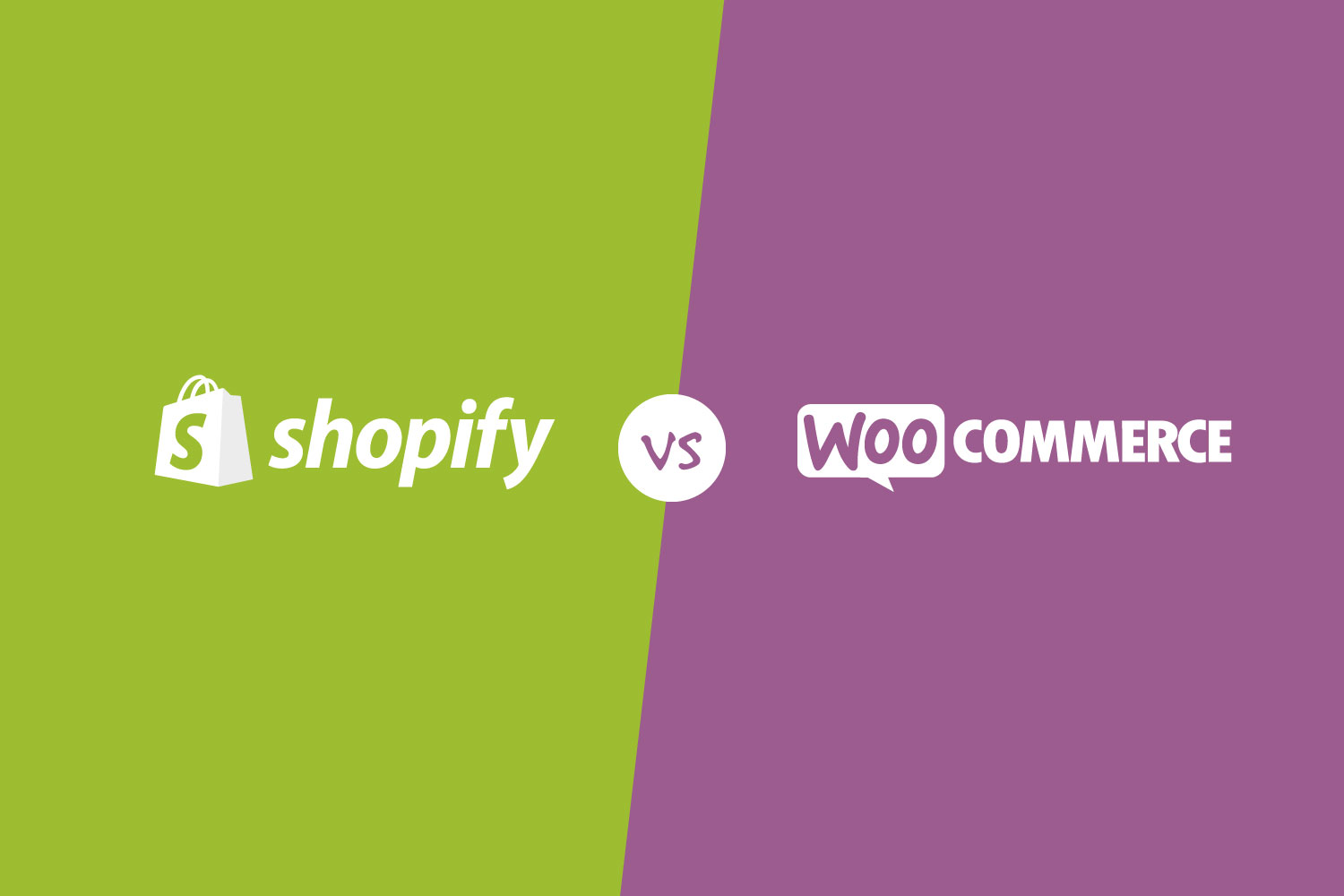 This is some text inside of a div block.

Woocommerce vs Shopify – Which is better?

Service and providing potential clients and customers with testimonials is one of the best ways to market.

Ah, this old chestnut! If you’ve been considering any form of e-commerce solution, you will almost certainly have stumbled across these two names on your fact-finding missions. Meaning you have a bit of a dilemma…Woocommerce vs Shopify which is better?

Let’s dig a bit deeper and take a closer look at them, including the pros and cons of each.

Although there’s a degree of overlap between these two platforms, they really are quite different in many ways. E-commerce is massively diverse and a ‘One-Size-Fits-All’ option for every kind of business is not on the list!

This guide is here to help you make a better-informed decision about what’s right for you and your business. Remember, if all the tech-speak gets a bit too much and you need help or advice regarding Woocommerce vs Shopify, Dab Hand Marketing are just a click or a call away.

Although Shopify is now one of the best-known platforms for e-commerce, it started life in 2004 as an online retail site for a company selling snowboard equipment. The owner of this business became disillusioned with the lack of features available to him on the site and set out to develop something better himself, as you do. The idea soon grew arms and legs and before long was being honed into a platform that others could use.

Success came quickly and Shopify is now one of the most popular platforms that thousands of retailers use to manage their online stores.

Sounds ideal, doesn’t it? Nothing in life is perfect, sadly, and there are a few drawbacks worth mentioning.

At present, WordPress is the most popular website management platform used by more than 60 million websites. WordPress was originally released back in 2003 and has been loosely described as a factory facility that can make webpages. One of the most attractive features of the WordPress CMS (content management system) is that it is open-source and free to use – happy days!

It is a very popular platform for blogging but it also supports a large array of different web content including online stores, media galleries, forums and mailing lists. Unlike Shopify however, WordPress itself doesn’t have any e-commerce functionality. That’s why you’ll need the aid of a popular WordPress plugin called Woocommerce. Woocommerce is a highly extensive, free plugin that lets you sell anything digital or physical.

Hosting may cost the same or more as a Shopify subscription

We mentioned earlier that a great plus of Shopify is that hosting is included. With WordPress, although the application itself is free, there will be costs involved to keep your site live – such as hosting, subscription to any premium plugins you may use for your store. Hosting costs can vary based on how much traffic you are getting, how many files / space you are using, the quality and speed of your chosen host and even the country where you intend to host it. These are all variables which are removed in the Shopify subscription (which we mentioned earlier includes hosting.) This also means that if you are paying for a premium wordpress host like manage wp or pantheon (which offer solid uptime, storage pace, and speed) you may end up paying more for your hosting than you would if you were using Shopify.

Set-up times can often be quite lengthy. For a bespoke e-commerce store, dab hand group can typically get a new site set up and running in 2-3 weeks, whereas a Shopify site would usually be done within a week.

Although WordPress is relatively easy to use, overall, it can become somewhat overwhelming for new users when you start adding functionality such as e-commerce.

Can be sluggish – especially on a cheap / rubbish host

It’s worth mentioning that your WordPress site can become sluggish to use if you have a very big site featuring lots of plugins and resources. There’s also going to be the added risk of issues or things that need fixing more regularly, just because everything is so editable and customisable.

Conclusion: Which is better? Shopify or Woocommerce?

There is no definitive answer to this one!

WordPress is undoubtedly a more established and flexible platform than Shopify, with a significantly bigger user base and a much greater selection of plugins and extensions to choose from. As it’s such a flexible platform, you can pretty much build any kind of website you like with WordPress.

But, it’s fair to say that Shopify’s main audience will be users who doubt their web development skills. The beauty of Shopify is that pretty much anyone can use the platform to make their own online store and end up with a great result.

Each platform has its pros and cons and your own particular set of requirements will determine which is the best choice for you. The dab hand group can advise and help you with this process.

Are you wanting a super custom site, packed full of features and cool design which you can have full control over and change up whenever you want? Is content production and management a key area for you?

If that’s a ‘yes’, we would definitely recommend that you look to use WordPress with Woocommerce. Its blogging functionality, content archiving and management systems are all way more sophisticated and flexible than Shopify.

Are you looking to sell relatively standard goods and want a relatively standard e-commerce site which can still be modern, good-looking and multi-functional? Do you want to get set up super-quick with no messing? In this instance, we would advise you that Shopify is the way to go.

Do You Need A Hand With Something?
Yes please!

Get in touch with us to book a free phone consultation

Thank you! Your submission has been received!
Oops! Something went wrong while submitting the form. 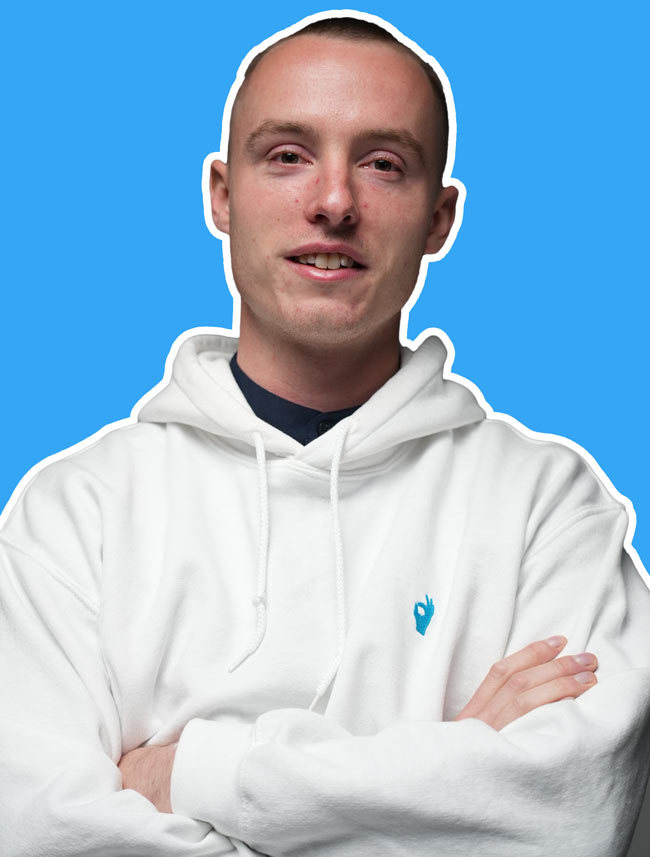